Tracks, Gaps & Delays in Tracking, What Causes This? (GPS Issues)

Overview of the system;

The Spider uses GPS information to create a position report, which is what we call a "Spidertracks point".  It does this at intervals according to the configuration within the website. The point is then placed into a temporary (memory) queue on the device, while an SBDIX session is established with the Iridium satellites. A Spider has the ability to store up to 10 points in its internal memory.

Once the connection is established the point is transmitted through the Iridium network and to the Spidertracks servers, across a direct IP socket from the Iridium ground station.

Under ideal conditions, this channel (from the time the point is created on the device until it is processed and posted by Spidertracks) has very low latency; generally less than 30s. The network is highly dynamic, however, and is subject to some variance in performance.

Performance is a function of many variables; from the instantaneous position of the satellites, to environmental conditions, and even as extreme as solar flares. It is considered normal for a small percentage of points to take several minutes to be transmitted under certain conditions.

Very occasionally a Spider may show different information when first switched on. This will self-correct once the Spider starts to communicate with the networks as it needs to triangulate its location.

The perfect example of this would be when the aircraft is parked whilst pre-flight checks are carried out around or in buildings. You can see the aircraft position moving on your dashboard page during this time, although it is in one location.

Although the error can be minimal on a horizontal perspective, the vertical perspective can be higher, but this should become more accurate after one or two points, once the aircraft is in the air (after the first position report).

Things that can affect the Spider from transmitting;

Here are some examples of Spider positions.

What might you see and experience if your Spider is experiencing GPS issues? 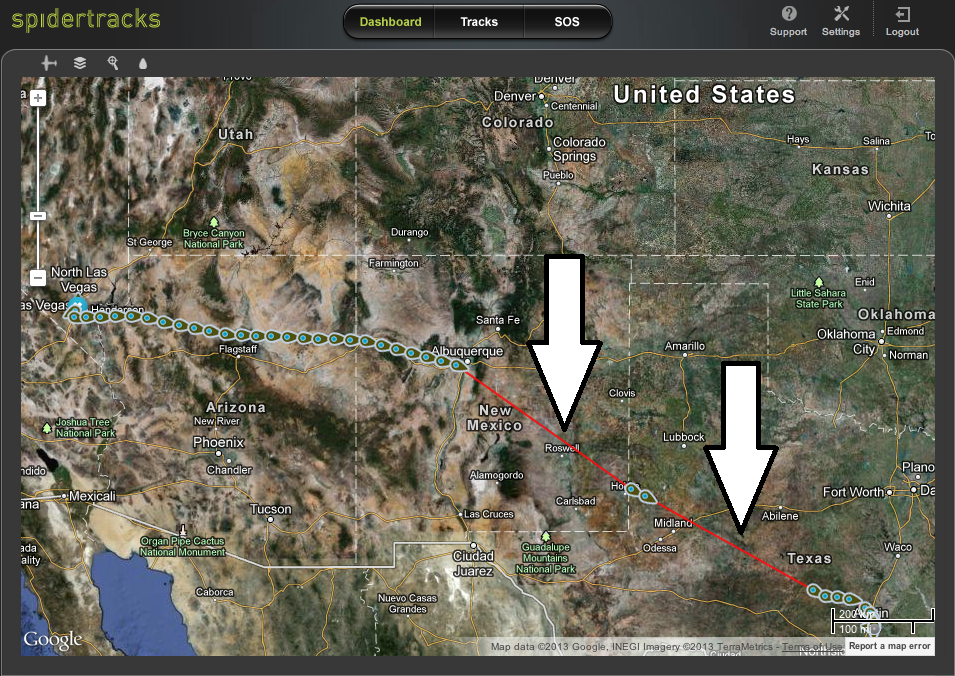 What Can You Do About it?

- Do you have electrically heated windows?

- Spiders should not be placed directly next to other GPS units

- What LEDs show on the Spider?

Test your Spider outside the cockpit

Testing the Spider outside the cockpit can help eliminate whether the Spider is being affected by something in the aircraft or in a poor position. It can be tested in a car using the cigarette connector or another aircraft where you are not experiencing the issue. Test the Spider with a different cable if available.


Did this resolve your issues?

If not, please contact us at support@spidertracks.co.nz  with the following information;